Take A Look at Some of Our

People often talk about musicians needing to “pay their dues” before they deserve success. Truett has paid his many times over; enough to treat himself and ten friends to an all expenses paid trip straight to the top. Sweating it out night after night in blues bars around the South, screaming into the bright lights and cigarette smoke like the ghost of Howlin’ Wolf, soloing until his hands bled hour after hour, roadhouse after roadhouse, mile after mile.

Is Truett a soul singer? He was raised on Bill Withers and Stevie Wonder and can croon a Sam Cooke song or shout his lungs out a la Jackie Wilson. Is Truett a guitar virtuoso? Hearing him play is like having Albert Collins throw his drink in your face and kick his muddy boot up on your table to solo at the height of his powers. Is what Truett does easy to define? Absolutely not. He’ll take you from the Mississippi Delta to Prince’s Minneapolis, Chicago blues to Bowery Punk, down through Outkast’s Atlanta and out the other side of the psychedelic rabbit hole. That explosive mix makes for a singular experience.

Truett's music is featured in HBO's "Westworld" and Showtime's "Shameless." He has toured across the U.S. and Europe and has a full length album planned for Summer 2023.

The Kentucky-bred Alt-Rock artist — DUSTY BO — delivers a passionate performance with edgy riffs, vocal prowess, and blues-charged guitar solos. For Dusty, the choice has always been to never stop the pursuit of exploring the terrain in which he expresses best. With influences such as Jimi Hendrix, AC/DC, and Led Zeppelin, he possesses the heart of a lifer that shines through in his delivery.

After cutting his teeth in his hometown of Louisville, KY, with his southern rock band Bolt Action Thrill, he and the band moved to Los Angeles to become a regular name in the Hollywood/Sunset Strip rock scene. A few years later, B.A.T. had come to an end, and he joined the hard rock band Future Villains. With this band came international touring, recording at some of the world's most sought-after studios such as Sunset Sound & NRG Studios as well as selling out world-renowned venues in Hollywood, including The Whisky a GoGo, The Troubadour and The Viper Room. In 2017 after parting ways with Future Villains, he began his career as a solo artist.

Dusty relocated to Kentucky, where he performs regularly and has released his debut album "The Vulture & The Fox." With the first single, "Bandit," and the second released track, "Throw It All Away," it is clear that the album will have a very eclectic overall sound.

Opus Booking Agency, the sister organization of SJK PR, is proud to be handling all bookings for Dusty Bo. Reach out to shirley@opusbooking.com  to bring Dusty Bo  to you.

Unabashedly introspective and keenly observant of the outside world in equal measure, the rapper born Sean Michael Cassidy in Dayton, OH spent his early adolescence honing the sure-footed, narrative-led lyrics that have become synonymous with his singular style of singing.

Cassidy's sophomore studio album, Prince Cassidy, comes as a follow-up to his 2016 debut, After Party O.T., which featured the #1 "Antonym" and the Ohio Music Awards nominated "Ride." The sprawling musical opus, which highlights moments in the 25-year-old's history spanning from early childhood through 2017, is held together by the singer's innate talent for uniting genres into new, hybrid soundscapes. We see Sean Cassidy for what he is: a young man growing, progressing, and learning in an ever-changing world that can be capricious and cruel but also beautifully filled with warmth.

Sean has worked with some of the best producers in the industry, including multi-platinum, Grammy-winning Drumma Boy, Bizzie Made, platinum Knucklehead, Keviar, and Ready Rock James, to name a few.

Riejunio  is the brainchild of former Blue Chip All-American athlete Harie Robinson. Harie attended Georgia Tech on a full athletic Scholarship and graduated from Piedmont College with a degree in business administration. That knowledge and years of experience with Macy’s South at both the store and corporate levels allowed Harie to understand the business, fashion, and trends that drive the market.

Riejunio provides consumers with classic, upscale denim and tees that are timeless in style and quality. Continuing his work in fashion, designer and brand developer Harie Robinson manages House of Fresh, which is owned by multi-platinum, Grammy-awarding winning producer Drumma Boy. House of Fresh provides styling to consumers and brand development to budding entrepreneurs and carries rapper T.I.’s brand as well as many others. Harie has worked with Eye de ology Optical, R&B stars Dru Hill, rapper 50 Cent, 2 Live Stews, and Automotive Rhythms. Riejunio has displayed its line in the Style Suite at the BET Hip Hop Awards and designed custom gear for IBF North American Heavyweight Champion Credric “the Boz” Bowell. During the Democratic National Convention in Denver, Riejunio was one of the few selected official vendors and unveiled its line of Barackaware. 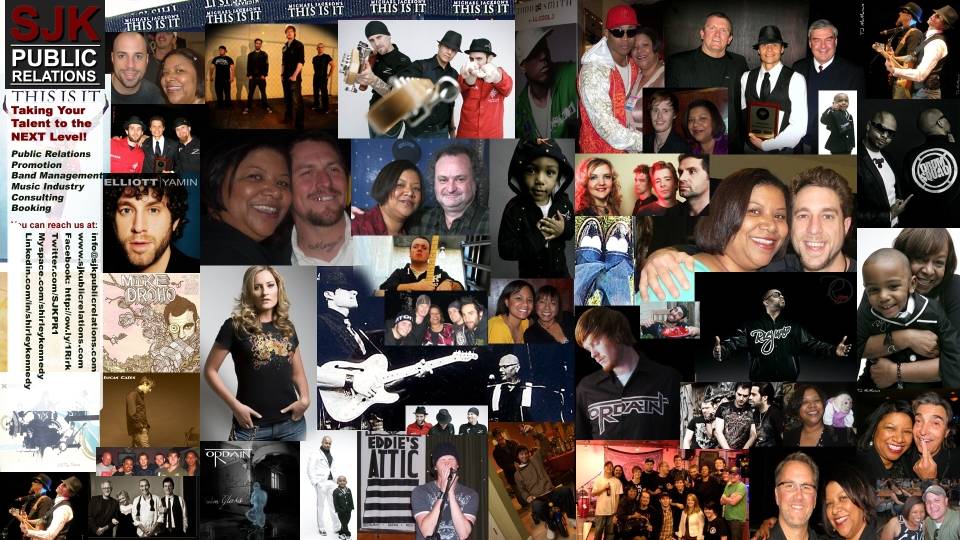 Periodically, we are hired for limited projects by different artists. While we would love to have long-term relationships with these artists, that relationship is not always part of the plan or possible. We worked diligently with these clients on their projects and enjoyed every minute of it. We hope they will call upon us again when the need arises.

Our former clients include: